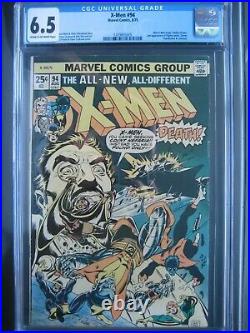 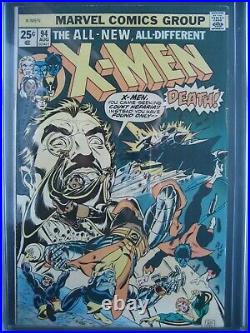 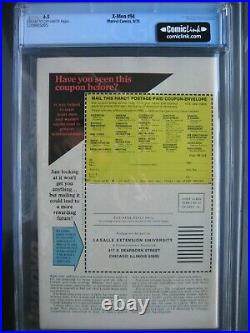 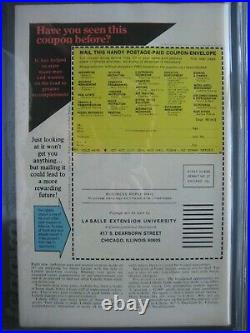 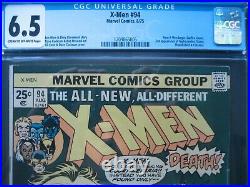 August 1975 Marvel Comic s. 2nd Storm, Nightcrawler, Thunderbird & Colossus. Chris Claremont & Len Wein (Story) Dave Cockrum (Cover & Art) Bob McLeod (Art) Gil Kane (Cover). 1975, 1st New X-Men & Wolverine in this title, 3rd Wolverine appearance; 2nd appearance of Storm, Nightcrawler & Colossus. Chapter 1: The Doomsmith Scenario. Professor X congratulates the assembled X-Men old and new on the success of their recent mission. He also wants to talk to them about the future and asks all the new members to remain on a permanent basis. Most of them agree, some hesitantly. When Banshee is asked to stay, he confesses his concern that he is too old for the team of young heroes, but accepts the challenge anyhow. Sunfire, however, refuses to be a part of a long-term team and leaves. Unexpectedly, most of the original group – Marvel Girl, Iceman, Angel, Lorna Dane and Havok – all opt to go their own ways as well. Of the original team, only Cyclops agrees to stay on, even though Jean pleads for Scott to leave with her. The next morning, Cyclops informs Jean that he loves her but he is staying. She tells him she loves him too, but still leaves along with the rest of the old team regardless. Cyclops introduces the new team to the Danger Room – the schools combat training facility – for their first session. Hot-headed Thunderbird dismisses training as unnecessary. He enters the room, confidant that he will quickly best its challenges. However, he gets only a few seconds through a workout routine before he is flung out the door. Over the next few days, Cyclops uses the Danger Room to train the new X-Men hard. During one session, Thunderbirds leg is grazed by a laser beam. Cyclops calls him out for being careless and tells him how he could have lost his leg if the laser was on full power. Thunderbird pushes back against Cyclopss leadership until Xavier telepathically intervenes and breaks up their fight. Chapter 2: Death O’er Valhalla High. In the mountainous area of Colorado, a helicopter flies near the Cheyenne Mountain, where the command center for NORAD is located. In the bases war room, a package is brought to officer Joe Harris. Upon opening it, Harris activates a teleport portal from which five odd-looking beings, the Ani-Men, emerge. The Ani-Men attack and quickly overcome the war rooms personnel. More soldiers arrive and the battle continues until the Ani-Men have overcome all resistance. Their leader is revealed to be Count Nefaria. He reminisces to his Ani-Men about how he and his last group of criminals were captured by the X-Men. He also recounts how he engineered these new beings with the help of Maggia scientists and says that he will use them to take his revenge upon the world. Cyclops confides to Nightcrawler how he regrets his interactions with Thunderbird. Then Professor Xavier telepathically summons the team to the briefing room. Arsenal of nuclear missiles. He gives the world three hours to comply. From Avengers Mansion in NYC, the Beast reaches out to ask for Professor Xavier’s help with Nefaria as the Avengers are already involved with another mission. The Beast was until now unaware of the roster shake-up in his old team and is initially taken aback to see a bunch of unknowns at the school. The X-Men accept the mission. Cyclops orders Thunderbird to stay behind as hes still recovering from his leg wound, but Thunderbird insists to be allowed, however. X overrules Cyclops and Thunderbird goes along with the team. Upon reaching the Cheyenne Mountain airspace, the X-Mens stratojet is met by the Air Force. Cyclops informs them they are taking the Avengers’ place in the fight and then they are told to contact Lieutenant General Fredricks. Even though he is reluctant to trust them, Fredricks grants them official access to the base. As the X-Men fly toward the base, Nefaria detects their jet and fires SAMs[3] at them. Cyclops maneuvers the jet around the mountain in an attempt to shake the missiles, but they strike the jet and Cyclops hits an eject switch. The X-Men break away in an escape pod. Nefaria, however, fires sonic disruptors at the escape pod and it is disintegrated. The X-Men survive but are left in free-fall miles above the ground. I’m sorry, Professor… There’s no easy way to say this… Ah, We — The Old X-Men — we’re… We’re leaving, sir. X-Men is now in the MCU! The item “X-Men #94 CGC 6.5 Marvel Comics 1975 1st New X-Men & Wolverine (in this title)” is in sale since Friday, April 2, 2021. This item is in the category “Collectibles\Comic Books & Memorabilia\Comics\Comics & Graphic Novels”. The seller is “madeofmiracles925″ and is located in Dublin, California. This item can be shipped worldwide.